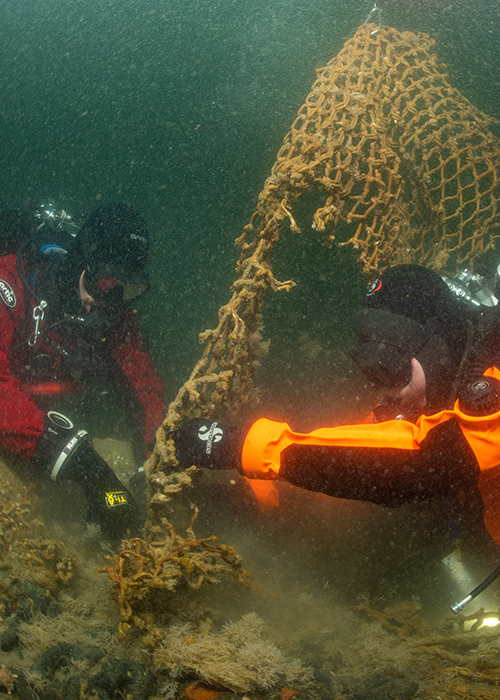 The worst conditions are the best teachers

On the weekend of October 9, we set out with Aquila Charter to continue our cleanup efforts on the SS Trevier. This wreck, which we've been diving on for over 10 years and even identified in 2019, is still heavily polluted by decades of fishing after all these years.

We had a team of 10 divers this day, including a few new up and coming talents. The underwater conditions were not at their best with visibility around 1-2 meters but this was a great opportunity for us to get the team used to diving in bad conditions, the moment when it comes to solid teamwork as we expect from our ghost divers. By the way, don't be tempted by the photos shown below, the wide-angle lens always gives a better image than reality.

During this recovery mission, it became clear that future missions will become increasingly complex as the wreckage deteriorates and collapses into parts. As a result, many trawl nets have ended up under large parts of the wreck and are no longer accessible. Still, we managed to save quite a few nets during this mission, along with recreational fishing equipment.

We thank everyone again for their enormous efforts and until the next mission.