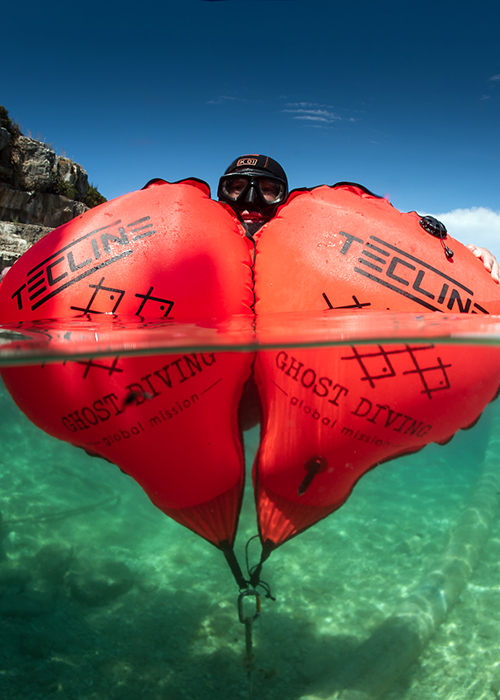 It has been two years since we, as an organization, decided to give ourselves a different, much clearer name, and now it feels as if it has never been different. But, do you remember why we did this? For this, we must go back in time…

As a diving team, we have been committed to removing lost fishing gear from shipwrecks since 2009, mainly in the Dutch North Sea. In 2012, we decided to officially give our team the name GHOST FISHING, hoping this would draw worldwide attention to the marine pollution problem we were tackling.

In a nutshell, the term “ghost fishing” explains what fishing gear does when it's lost or abandoned in the underwater environment. It continues to do what it's designed for, fishing, even without human involvement. All the trapped marine life will die an even more pointless death as a result.

Despite the fact that this problem turned out to be very big(*), with other groups working just like us -and for much longer- to remove fishing gear both underwater and on the surface, there was not much to be found on the internet about it. We contacted these groups and organizations and collected all information we could find to build up a website, a hub of information about the problem but also about the solution we were offering. The website www.ghostfishing.org was launched and was immediately popular. It soon became clear to us that we were not alone in the search for a solution and international contacts were established very quickly. Over the years, our diving team became even more active, also abroad. Partly because of this, like-minded people in various countries stood out and started following our mission and procedures with organized teams that wanted to bear our name. This is how the international chapters were born. Today there are 16 around the world!

After eight passionate years with countless innovative (diving) projects focusing on both prevention and cure, we see that the problem is now on the global agenda. Everyone knows what "ghost fishing" is and even what can be done about it. Countless organizations are now continuously engaged in “ghost fishing” which has become a hot topic for a very clear reason. With that, we had achieved our initial goal: to create global awareness.

In 2020, as the term "ghost fishing" was becoming ever-more popular, it became apparent to us that it was not suitable any more as the name of our organization. What if, for example, an organization was named “climate change”? You understand… confusion is lurking. That's why we decided to make a small change to our name to create a future-proof identity. As an international organization, we discussed the options with all chapters together and we decided to name ourselves GHOST DIVING. The past two years have proven this was a good decision. We are growing faster than ever, and our name is set in stone as the largest and most active diving organization committed to combating the ghost fishing problem.


We thank you all for your support, we continue our mission and passion.

"Ghost fishing gear is everywhere, but so are we!"

* The UN estimates that 640,000 tonnes of fishing gear are lost or abandoned in the seas and oceans each year.