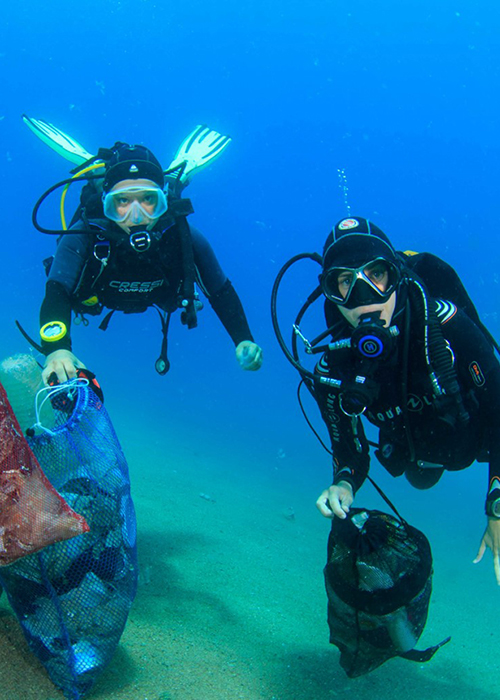 Over the last couple of weeks, the Healthy Seas team joined volunteers from Ghost Diving Egypt and kicked off our collaboration to cleanup the sea around Dahab. Our aim is to help rid the Red Sea of ghost gear and raise public awareness on the growing marine litter problem.

Five hundred meters of longlines were recovered, not surprisingly as this type of fishing gear is most common among Bedouins. Dahab might now be an attraction for diving tourism but formerly it was a Bedouin fishing village.

A lion fish and octopus were found hiding inside plastic bags and a lucky puffer fish was rescued from fishing net entanglement by the divers.

The activities were organized through a generous donation by Ten Square Games, that will go a long way allowing us to organize sea cleanups in other countries and new territories, to protect marine life from ghost fishing nets.

On top of this, over the previous month, the mobile gaming company also supported our efforts to raise awareness about Healthy Seas and the endangered mako shark, to their online community.