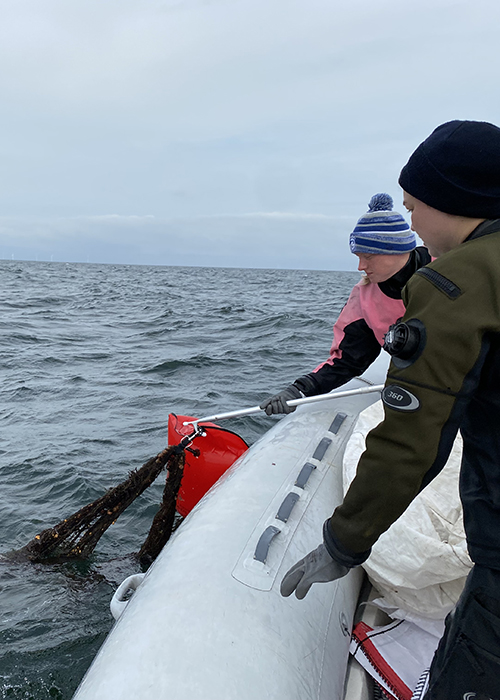 During the previous months Ghost Diving Germany did two multiple day dive trips on the Baltic Sea, one to the island of Fehmarn and one tot he bay of Wismar. Both location provide the necessary infrastructure for boat, diving gases and crew which is a crucial factor to success and easy access to the planned operation area which provide plenty of wrecks in the vicinity.

In contrast tot the North Sea we can usually dive the Baltic Sea anytime with no respect to tidal currents, however wind is always an issue and current can appear anywhere, especially when diving in the Belt between Denmark and Germany.

In total, more than 1200 KGs of nets were recovered in these raids, filling the rented RHIB completely. At one point we had to send back a boat tot he next DIY store to get bolt cutters and metal saws, as the large trawler nets were attached to the wreck with steel cables that wouldn‘t come loose otherwise.

For safety reasons, all divers carry a Personal Locator Beacon (PLBs) with them, in case they get lost at sea, drifting on the surface it will send a distress signal which enables us to locate and rescue the divers. Continuous training paid off, when the crews descended, everybody was familiar with the SOPs and acted as a team. Recent received lift bags from KAMAQUA proved their value and came with handy gadgets like a large handle on the top, horizontal inflator and an extra D-Ring at the bottom.