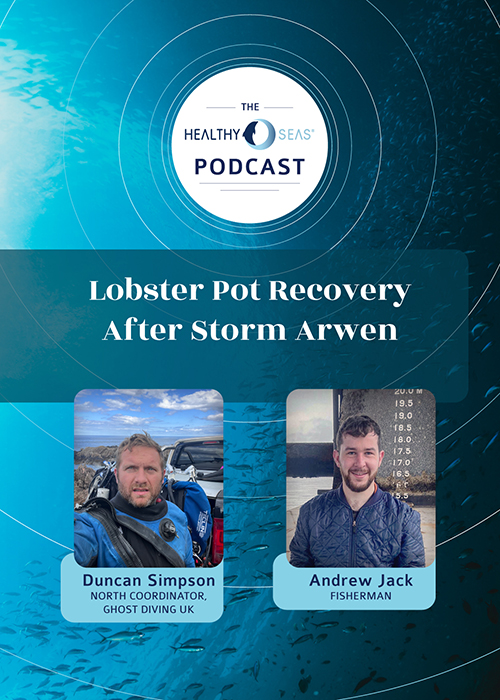 In the winter of 2021, an unusually powerful cyclone called Storm Arwen wreaked havoc on the United Kingdom, Ireland, and France. In Scotland alone, on land, it was estimated that over 8 million trees were damaged or affected by the storm. The damage was no less under the water. Andrew Jack, a fisherman that works in the Moray Firth of the North Sea, lost almost 600 lobster traps in the angry sea. After contacting Duncan Simpson of UK Ghost Diving UK, the two collaborated (with their teams) on the retrieval of this lost gear that, at first, seemed like it couldn’t be done.

Why was Storm Arwen different and so detrimental? Why was the retrieval of all of the lobster traps seemingly unlikely? What made it possible?

If you are in the UK area and need ghost gear retrieval help, contact Ghost Diving UK. Article by Healthy Seas about the lobster trap retrieval.

How YOU Can Help

Donate so they can conduct even more clean-up missions.