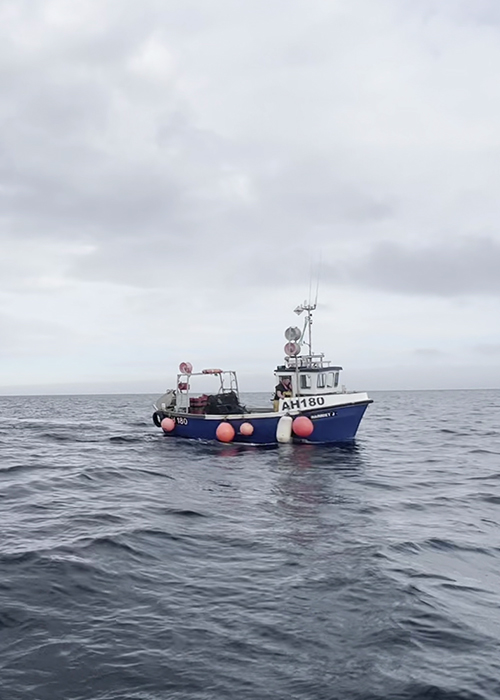 In October Ghost Diving UK found themselves creating more bonds with Scottish fishermen as they helped with recovering more creels which have been lost for around 12 months.

On a Saturday the team met in St Abbs, as this was the closest place to Cove where we could launch the team rib. Heading North for 10 miles we found the location where the equipment had become lodged on the seabed and carried out survey dives. The fishing gear was sitting at 22 metres. On the dive we noticed a few of the lines had become badly intertwined with each other, this alone makes the equipment too heavy for the boat to haul up. The lines had also become wedged under large boulders.

On these dives we take videos and orientate our self to gain an understanding how the gear is sitting. Surveys need to happen before any recovery. It is a time for divers to get eyes on the task, at this point nothing is touched or moved.

Saturday evening was spent preparing kit for the following day and discussing a plan for the lift. Sunday we returned to the same location meeting up with the fishermen. Two separate dives were carried out in teams of three. With visibility around 6 metres and water temperature 14 degrees Celcius we managed to lift 17 pots which were handed back to the fisherman who was over the moon to see some of his equipment usable again.

For this mission divers travelled from as far as London and Inverness.